Earth's and Humanity's Consciousness Are ONE 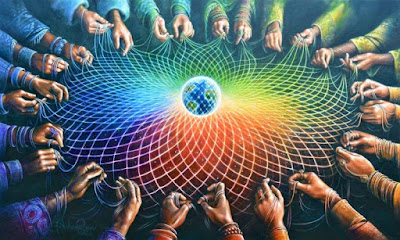 -excerpt from the 6-Map Scenario, Map One, by Saint Germain, from NewWorld Wisdom Book Two