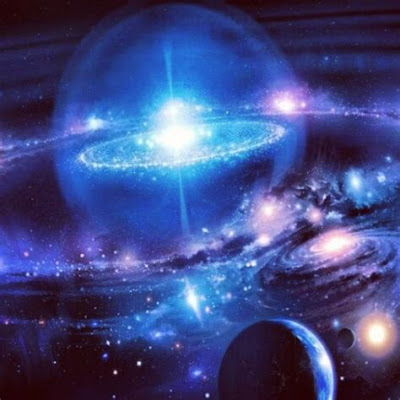 The Ascended Masters assign two associated definitions to this term. The first defines the Star Seed as a family or soul group whose members have evolved to Fifth-Dimensional awareness. Star Seeds can also contain members who have not yet evolved to this level and are still incarnating on earth. The second definition of Star Seed is somewhat literal and refers to populating groups, or soul groups, originating from other solar systems and galaxies. Some Star Seeds intentionally leave their homeland planets to inhabit earth and adapt their DNA through reproduction with humans. Other Star Seed souls and soul families enter the earthly evolutionary Wheel of Karma, and spiritually incarnate in human form. Occult historians claim that earth is now riddled with Star Seeds through genetics and spiritual connection.
from Light of Awakening