The New Children: The Seventh Manu 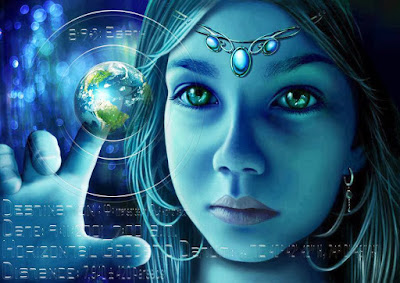 Manu refers to a root race or a group of souls inhabiting a vast time period (era or epoch) on earth. The concept of Manu is found among Native American tribes, too. The Hopis describe this term as worlds e.g. fourth world, fifth world. Manu is also a mythical, cosmic being who oversees the souls during their incarnation processes throughout the duration of that specific time period. Some consider Manu a type of spiritual office, not unlike a “World Teacher.” For example, one evolved-cosmic being will serve as Manu for one world cycle, and when it ends, it moves on in the evolutionary process. A different entity serves as Manu for the next group. Each group of souls has a different energy and purpose. Seventh Manu children will possess advanced capabilities—astute intellect, vast spiritual knowledge, and keen psychic abilities. Forerunners of the Seventh Manu will pave the way for this metaphysically venerated population. Carrying less Karmic burden than those of the past, these forbearers of ever-increasing enlightenment promote a sense of higher consciousness. As Dharma flourishes, the Seventh Manu, sponsored by the Beloved Mother Mary, proliferates.
-from Points of Perception by Lori Toye