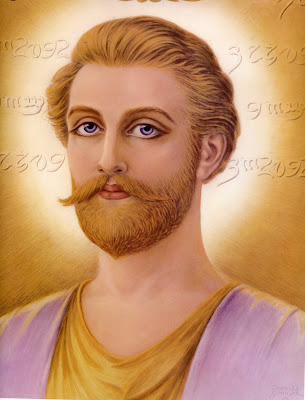 The Comte de Saint Germain never could shape a congealed Europe, but he did form a lasting and profound relationship with America. Germain’s present-day participation in U.S. politics reaches the Oval Office. Some theosophical mystics say Germain visits the president of the United States the day after the leader’s inauguration; others suggest he’s the fabled patriot Uncle Sam.
According to the I AM America Prophecies, Saint Germain says that the people of America have a unique destiny in the New Times. America contains within it a unique anagram: A M E R I C A = I A M R A C E.
The I AM Race of people is a unique group of souls who lived in America as Atlanteans. But their destiny has evolved since those ancient times. Instead of sinking on a continent destroyed by the misuse of technology and spiritual knowledge, their active intelligence continues to develop in modern times. Their service is focused on the Brotherly love of all nations. In the I AM America Earth Changes Prophecies Saint Germain states, “America will be the first to go through the changes, and then give aid to the rest of the World.”
Interpretations of this Prophecy explain why American is possibly the chosen land—the first society to experience dimensional change. Members of this regenerated, enlightened society will share and teach the benefits of this new understanding with the rest of humanity.
Saint Germain identifies with the qualities of Brotherhood and freedom. He is the sponsor of humanity and serves as a conduit of Violet Light—a force some claim is powerful enough to propel one into Ascension. When Saint Germain accepts a chela, the Master appears in physical form. Sometimes, he playfully disguises himself, leaving clues of his identity, most often purple clothing.
Today the essence of Saint Germain—that eternal, eloquent diplomat—fills the world. His presence assures humanity of an alternate path to evolution and growth. In Changing the
Guard he illustrates this point: “We have spent our time adjusting that Collective Consciousness for the days and the times that are coming. We also would like to remind you that we cannot, at any time, readjust the Karma of mankind. For what mankind has created, mankind must now receive. This is the Law of Cause and Effect. But we work with those causes to readjust that plan of the best and highest good.” Perhaps our present Karma is indeed predestined, but how we work through Karmas is engendered in our free will and choice.
- from Points of Perception