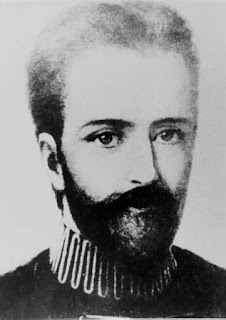 Indeed, Bacon’s work would impact centuries to follow. During his time in Tibet, tucked away in silent monasteries, Germain designed a society that eventually created a United Brotherhood of the Earth: Solomon’s Temple of the Future. It’s a metaphor used to describe the raising of consciousness as the greater work of democracy. Author Marie Bauer Hall studied the life of Francis Bacon. In her book, Foundations Unearthed, she described the legendary edifice: “This great temple was to be supported by the four mighty pillars of history, science, philosophy, and religion, which were to bear the lofty dome of Universal Fellowship and Peace.”
But Germain embraced an even deeper passion: the people and nation of America, christening it New Atlantis. He envisioned this land—present-day United States, Canada, Mexico, and South America—as part of the United Democracies of Europe and the People of the World. America, this growing society, held his hope for a future guided by a Democratic Brotherhood.
The Comte de Saint Germain emerged years later in the courts of pre-revolutionary France—his appearance, intelligence, and worldliness baffled members of the Court of Versailles. This gentleman carried the essence of eternal youth: he was a skilled artist and musician; he spoke fluent German, English, French, Italian, Portuguese, Spanish, Greek, Latin, Sanskrit, Arabic, and Chinese; and he was a proficient chemist. Meanwhile, literary, philosophic, and political aristocracy of the time sought his company. French philosophers Jean-Jacque Rousseau and Voltaire; the Italian adventurer Giacomo Casanova; and the Earl of Chatham and statesman Sir Robert Walpole of Britain were among his friends.
In courts throughout Europe, he dazzled royalty with his Mastery of Alchemy, removing flaws from gems and turning lead into Gold. And the extent of Germain’s ken reached well into the theosophical realm. A guru of yogic and tantric disciplines, he possessed highly developed telepathic and psychic abilities. This preternatural knowledge led to the development of a cartographic Prophecy—the Map of Changes. This uncanny blueprint, now in the hands of the scion of Russian aristocracy, detailed an imminent restructuring of the political and social boundaries of Europe.
But few grasped Germain’s true purpose during this Time of historic critical mass: not even the king and queen of France could comprehend his tragic forewarnings. The Great White Brotherhood—a fellowship of enlightened luminaries—sent the astute diplomat Saint Germain to orchestrate the development of the United States of Europe. Not only a harbinger of European diplomacy, he made his presence in America during the germinal days of this country. Esoteric scholars say he urged the signing of the Declaration of Independence in a moment of collective fear—a fear of treason and ultimately death. Urging the forefathers to proceed, a shadowed figure in the back of the room shouted: Sign that document!
To this day, the ironclad identity of this person remains a mystery, though some mystics believe it was Saint Germain. Nevertheless, his avid support spurred the flurry of signatures, sealing the fate of America—and the beginning of Sir Francis Bacon’s democratic experiment.
from Points of Perception, by Lori Toye