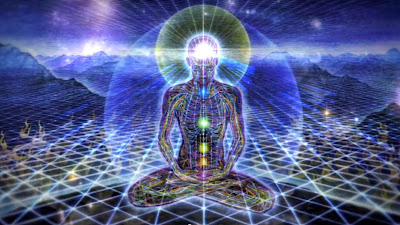 The Seed Grows Into a Tree
"As we have given prophecies in the past, we come forward now to provide an update for those who are of a curious mind, for those who still do not understand that this work is indeed a prophecy. But for those who are still inquiring and worrying about the upheaval of the times to come, I shall say this: there will be many changes that are coming. These changes are not only in the geophysical but also many changes in the political and social structures. Many changes you are aware of at this time and many changes that are coming will alter the economic status for many citizens of the planet. But shall we say, in this work let’s keep that hopeful approach, for in that Light that Never Fails is the true love that you are and the true love that each and every Brother and Sister is created from.
It is time now for us to open these books and consider the time that is coming, a time created from the flow of consciousness known as the Galactic Web. We have spoken in past discourses regarding this Galactic Web, a web of consciousness that forms a pattern and a net around your planet. It is this pattern and net that holds physical form, a structure that exists within the layers of the field of the aura of the planet. But it is also a structure that should be Mastered, for those who wish to understand not only the work of transfiguration but also the work of Ascension. For those who begin to understand the intersections of the lines of the Galactic Web, will also begin to understand how creation is formed, re-created, and at this time, uncreated for that new creation.
Before we begin, I shall also like to introduce to my right hand side, Beloved El Morya, who stands with his focus of that steely Blue Ray, that which is the choice for all those upon the planet at this time. And on my left is Beloved Kuan Yin, who stands with the focus of compassion, for it is transmutation and compassion at this time that leads us to the true understanding of the grace of that mighty Violet Flame.

Dear ones, we have come forward, shall we say, as a consortium of energies and we will be combining our efforts in this updated material. However, I have recommended to those who have sponsored this material that this dispensation which we shall we working upon through the next weeks will be focused only upon that which is for the United States. As I serve as sponsor for the United States, I have called forward two of these most stalwart servants to assist at this time to help hold that focus. This focus is for the continuum of prophecy, the work of prophecy to heal this planet, to heal your hearts, and to heal your minds. It is the focus of our three energies coming together that you will feel throughout this work, that we will be calling an update. Many of you will see this as new prophecies; however, we would like to see it just as a continuation of a work that was planted, the seed growing into a tree, its branches now unfolding.
Dear hearts, we ask for you to not dilute ever that first work that came through. We ask for you to consider this to be an important time as well and the teachings that will be dispensed through the following weeks will indeed be ones that you will share with many. As it has always been the request of dear Sananda “to send this message to the Earth with love.”
Before we proceed, do we have your full agreement and harmony that this work will be extended in that handshake of Brotherhood and Sisterhood, ONE for the harmonies of all nations, ONE for the love that is within, ONE for the love that is without?

Response: “Yes, we have this agreement.”

The Web of Consciousness
I am unrolling this first map, a map that we have prepared based upon a reading of consciousness, a reading of probabilities of things to happen. As you know, your Earth was just nearly missed by a meteor. Although this has not been reported, its impact was to be close to the interior of China, near the Gobi desert. Just within fractions, this meteor was diverted. And shall we say, we entered into a New Time. We had discussed previously, the possibility of an impact of a meteor in the Nevada desert, as we were looking at that time within the law of cosmic magnetics.
As you know, Dear hearts, that web of consciousness that covers your planet is a web of consciousness that is continuously magnetized, drawing to it what it needs and also through electrification, releasing that which is no longer required. Through that magnetic heart of love, the Great Central Sun attracts to it that which it needs to produce, not only a great silent heat within the Universe, but also produces within itself an energy unto itself that then allows the rotation of many planets to be drawn into a pattern that serves its intent and purpose.
When we study this as a pattern, you too will then begin to understand how the Earth and its evolution are much like that Great Central Sun. Using that Law of Magnetics, it too draws that which is needed for its own evolutions. Drawing to it at the present time are its current moon and other small particles, small meteors, and small asteroids. Also, it is through this magnetic Law of Attraction that your Brothers and Sisters of other consciousness, from other lifestreams and from other galaxies and universes, have been drawn to the Earth at this time. They feel that pull, that magnetic Law of Attraction."

-excerpt from the 6-Map Scenario, Map One, by Saint Germain, from NewWorld Wisdom Book Two