Science of the Maltese Cross 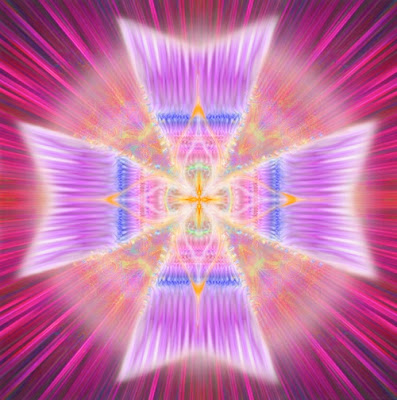 Recent scientific research has created the first ever hologram of a single light particle—the photon. Einstein resolved the argument about whether light was wave or particle when he created the quantum theory of light that conceived that light exists in microscopic packets or particles that he called photons. He also knew that the flow of photons is a wave—so light contains its own form of polarity, it is both particle and wave. These two properties allow light, as a photon, to create both refraction and diffusion.
So when scientists wanted to view exactly what a photon would look like, they knew that they would be looking at something that might be tricky to detect: the shape of the wave fronts of a single photon. Physicist Erwin Schrodinger, an Austrian scientist, disliked the dual terminology of wave and particle, and set out to theorize in waves only, which led to the basis of wave mechanics, wave equation, and quantum wave function that has corroborated the recent research of physicists at the University of Warsaw. After reconstructing a series of 2,000 repetitious flashes of two photons intersecting and their subsequent interaction, they were able to create a hologram image and the shape of the photon’s wave function: a Maltese Cross.
The four directions of the Golden City represent the refraction and diffusion of light into the four doorways. They are: Northern Door, black; Eastern Door, cyan; Southern Door, magenta; and the Western Door, yellow.
Since a Golden City is prophesied to be 400 kilometers or 248 miles high, its elevations contain both terrestrial and spiritual significance that relate to atmosphere and planes of consciousness. It breaks down like this:
• 0 to 28 miles in elevation: Physical Plane (stratosphere)
• 28 to 191 miles in elevation: Astral Plane (ionosphere, mesosphere, thermosphere)
• 191 to 400 miles in elevation: Causal Plane (ionosphere, exosphere)
From Sacred Energies of the Golden Cities by Lori Toye