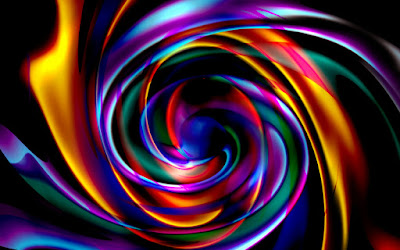 The existence of Vortices is the foundation of the I AM America Prophecies—that’s why the understanding of this concept is paramount to grasping the teaching of the Ascended Masters. The Vortex is a polarized motion body, meaning it creates its own electromagnetic field. It’s characterized by a concentration of energy and, in some cases, psychic gravity. Rock formations act as energizing points for the earth’s electromagnetic energies.
Vortices often form at the intersection lei lines (the earth’s energy meridians), also known as “power spots.” Think of it as the geographic equivalent of the longitudinal and the latitudinal coordinates that circle the globe. The convergence of meridian lines can warp time and energy, and align molecular structure with phenomenal accuracy. Vortices and lei lines also embrace animate characteristics: the yin and yang; female and male.
Although all Vortices embody electromagnetic properties, they fall into two general categories: electric and magnetic. Electrical Vortices, the yin or the feminine, tend to open the central nervous system and stimulate neural passages. Magnetic Vortices, however, identify with spiritual or ethereal energies, and the yang or the masculine essence. These Vortices encourage deep meditation and physical rejuvenation. A person’s psychic awareness—along with his or her telepathy and the frequency of lucid dreaming—may intensify in these areas.
Many Vortices are highly sacred places where dimensions interplay like cracks between worlds. For instance, the geomancy—or divination of earth material—of the Sedona Vortices is well documented. These formations serve as hallowed highways, ferrying spiritual energies to the material realm. Here, the healing of physical, emotional, and spiritual maladies is optimal.
from Points of Perception